Adventure Abounds Across These Themed Islands!

Universal Studio’s Islands of Adventure features some of the most thrilling and innovative rides and attractions ever made across multiple themed islands: The Wizarding World of Harry Potter, Marvel Super Hero Island, Toon Lagoon, Jurassic Park, The Lost Continent and Seuss Landing.

With more than 100 acres of fun and excitement, Universal Studio’s Islands of Adventure is home to a wide range of attractions.

The Wizarding World of Harry Potter

The 20-acre Wizarding World of Harry Potter at Islands of Adventure brings the story of the Harry Potter films to life. The area includes the village of Hogsmeade featuring Zonko’s joke shop, Honeydukes, the Three Broomsticks, the Hog’s Head pub, the Owlery and Owl Post, Ollivanders and Dervish and Banges. You’ll also find Filch’s Emporium of Confiscated Goods and three attractions designed to put you in the middle of Harry’s world: Dragon Challenge, Flight of the Hippogriff and, located inside Hogwarts castle, Harry Potter and the Forbidden Journey. 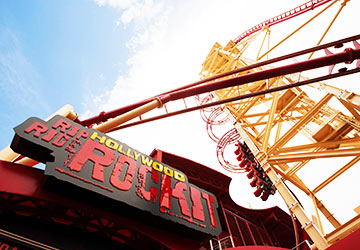 For greater thrills at Islands of Adventure, the Jurassic Park River Adventure features an 85-foot plunge at the end of the ride, the longest water descent ever built. Other dino-related adventures include Pteranodon Flyers, Camp Jurassic play area, and Triceratops Discovery Trail, a walk-through attractions taking you up-close to a full-scale automated Triceratops.

Meanwhile, the younger crowd at Islands of Adventure will appreciate Seuss Landing attractions like Cat in the Hat, The High in the Sky Seuss Trolley Train Ride, One Fish Two Fish Red Fish Blue Fish, and Caro-Seuss-el. Dr. Seuss never drew straight lines in his storybook illustrations. True to form, everything in Seuss Landing is curved or slanted. 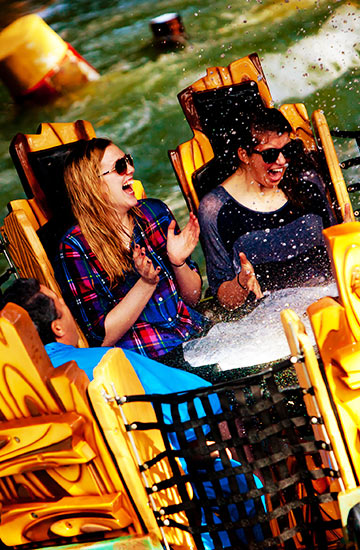 Enjoy live shows and entertainment at Universal Studios Islands of Adventure such as The Eighth Voyage of Sinbad Stunt Show or Poseidon's Fury - where you'll venture deep inside a mysterious temple beneath the sea where only to be caught in the middle of a battle between ancient titans Poseidon and the evil Lord Darkenon featuring massive fireballs, lasers and explosions.

Or check out Oh! The Stories You'll Hear! - where Dr. Seuss adventures are brought to life through musical renditions of favorite stories such as Sam I Am, The Cat in the Hat, Thing One and Thing Two, the Grinch and the Lorax.