The Wizarding World of Harry Potter™

The Wizarding World of Harry Potter at Universal Studio’s® Islands of Adventure brings you right into some of the most famous landmarks from the best-selling books by J.K. Rowling. 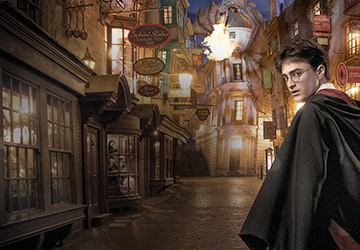 From the iconic Hogwarts castle to some of your favorite shops in Hogsmeade Village, the Wizarding World offers an unforgettable adventure, including the theme park’s epic ride, Harry Potter and the Forbidden Journey™.

Enter the queue and you'll pass familiar classrooms and corridors of Hogwarts™ School of Witchcraft and Wizardry such as Dumbledore’s office, the Defence Against the Dark Arts classroom, the Gryffindor™ common room, the Room of Requirement and more. Finally, you’ll reach the actual ride which takes you soaring above the castle grounds on a thrilling escapade.

You’ll come face-to-face with an array of magical creatures and events. Go along with Harry, Ron and Hermione as you explore the Forbidden Forest, find yourself in the middle of a Quidditch match and run into dragons and Dementors. It’s all part of the fun of a ride that features groundbreaking new technology and one-of-a-kind exhilaration.

As one of the world’s most popular travel destinations, Orlando, FL is filled with gift shops and souvenir outlets offering t-shirts, beach towels and trinkets. But inside the Wizarding World, shopping for souvenirs is not just a quest; it’s a unique adventure all its own as the re-created shops within Hogsmeade Village bring to life many of the items previously known only from the Harry Potter movies and books. 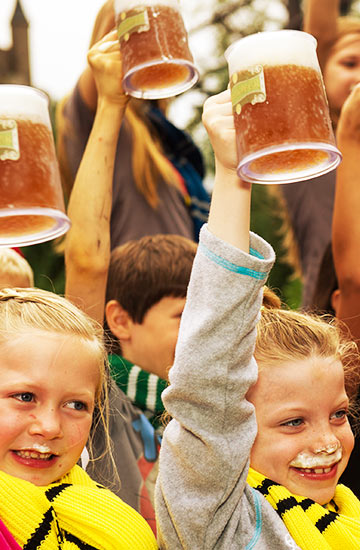 Experience all the excitement of The Wizarding World of Harry Potter with an exclusive two-park pass that entitles you with access to both Hogsmeade and Diagon Alley as well as the Hogwarts Express train!