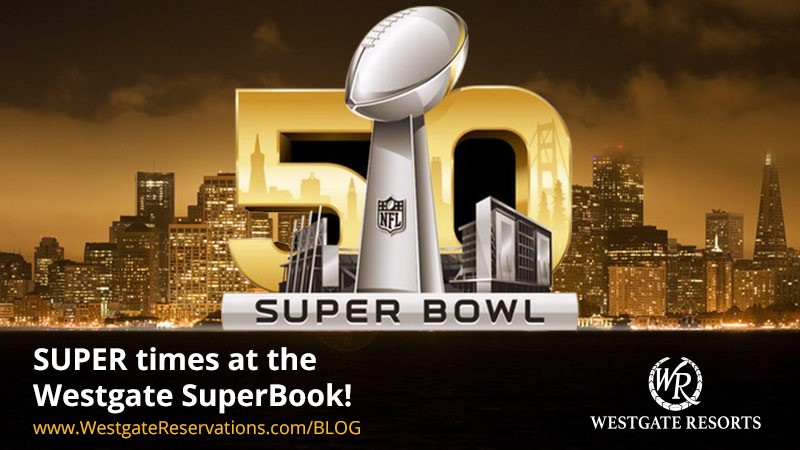 Get ready for Super Bowl 50 on February 7, 2016 pitting the AFC Champion Denver Broncos vs. the NFC Champion Carolina Panthers.

More than a football game, the Super Bowl is one of the world’s biggest spectacles.

Sports gambling is big business and it doesn’t get any bigger than the Super Bowl.

In fact, more people bet on the Super Bowl than any other event in American sports. In Las Vegas, where gambling is legalized, the 2015 Super Bowl produced a record $119 million in bets. It’s estimated that half of American adults bet on the Super Bowl, ranging from $1 office squares to much higher bets in Vegas and with online sports books. 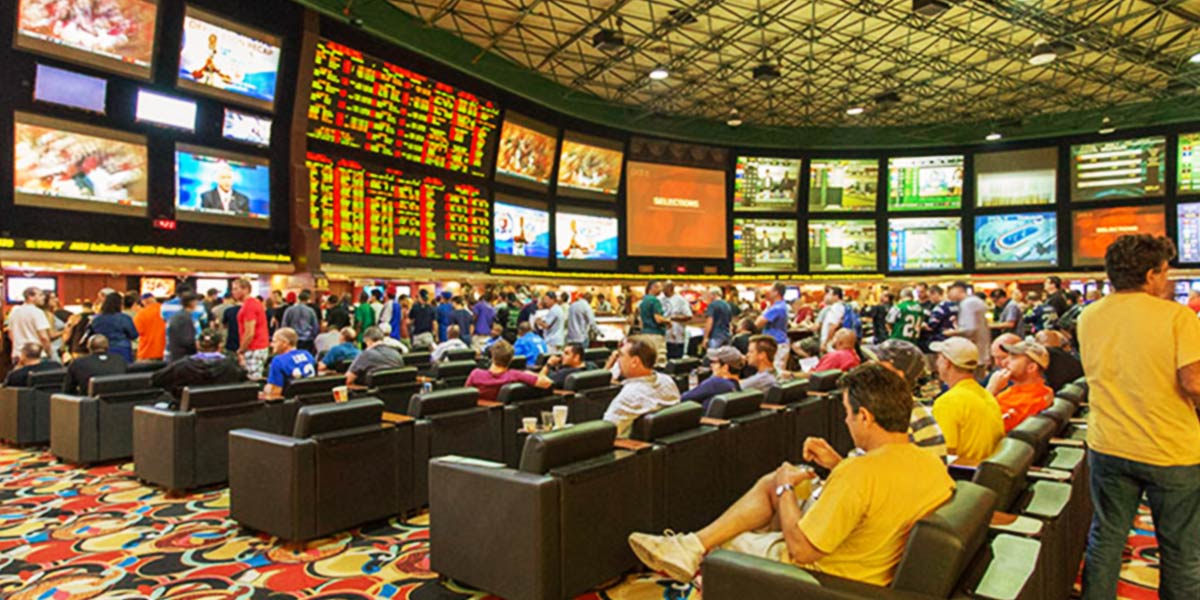 Jay Kornegay, head of the Westgate SuperBook, estimates that nearly 1,000 people will watch the Big Game from the cozy confines of the casino sports book and he expects the usual “electric” atmosphere, calling it “the next best thing to being at the Super Bowl.” When asked about the 2015 Super Bowl between the Patriots and Seattle Seahawks which wasn’t decided until the thrilling final seconds, Kornegay described it as insanity!
Who will win Super Bowl 50?

During the live telecast, the 2015 Super Bowl produced more than 28.4 million tweets related to the game and halftime show.

The Westgate SuperBook offers much more than an opportunity to place your bets on the big game. The venue encompasses 30,000-square-feet and features 350 seats. Looking for a great view of the game? You’ll also find the world’s largest indoor LED video wall, measuring a massive 240 feet long and 20 feet high. The configuration can run with up to 9 events spread on a panel or a single event like the Super Bowl, can play across the entire video screen.

With individual TVs at every seat and dozens of other big screens including 22 large monitors and 11 giant screens, the Westgate SuperBook, is truly a sports fan’s ultimate playground.

Curious fans and gamblers alike can watch their favorite teams in action, or wager on racing events across the country. Gamblers can stay up-to-date on all the excitement as the latest scores and news are flashed on a 75-foot sports ticker running across the room.

The New York Jets in Super Bowl III entered the game with underdog odds of +18 points. But Jets quarterback Joe Namath guaranteed a win over the heavily favored Baltimore Colts and then led the Jets to a 16-7 victory.

The Westgate SuperBook offers a full menu of other sports betting options.

Ranging from U.S. college and pro sports, PGA golf and NASCAR to Formula One racing, tennis, boxing, UFC, and international soccer, as well as horse racing and greyhound racing. But Kornegay says that three is simply no camparison between other sports and the NFL and the Super Bowl. The Westgate SuperBook invests weeks of planning for the Big Game – contracting outside help, while staffers also work plenty of overtime. While Kornegay has taken single bets that amounted to “well over 6 figures,” the Super Bowl is an extravaganza like no other.

“When you have that much money on the line combined with that much energy…insanity, pure insanity.”Jay Kornegay

Wagering on the Super Bowl goes above and beyond the final score. As a leader in setting the odds in Vegas, the Westgate SuperBook team also gets creative and offers a wide range of special options and “prop bets” that other casinos don’t provide. More than 350 prop bets were available last year, keeping bettors entertained throughout the game.

Those prop bets included the outcome of the opening coin flip,

the length of time taken to sing the national anthem, whether or not the anthem singer would flub a word of the song, which player would score the first touchdown, which player would win the MVP award, and even how many times Katy Perry (the halftime show artist) would be mentioned during the first half as well as what color her hair would be for the show.

While the SuperBook will be jam-packed with fans and bettors, it’ll be an intense day of work for Kornegay and his staff. A careful eye will be placed on ensuring all guests are taken care of and that everything is in order for the many bets being placed. Kornegay’s most interesting memory of Super Bowl Sunday’s past isn’t a specific play or game. Instead, he recalls being accused by a bettor of “having a direct line to the Indianapolis Colt’s coach and influencing the players used in the game.” 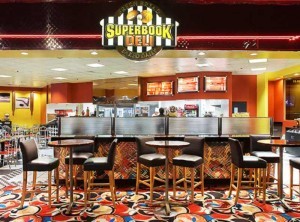 Now, while he looks forward to another Super Bowl party, Kornegay is also keeping an eye on future renovations. Westgate’s ongoing, multi-million dollar renovation of the SuperBook will include a revamped SuperBook bar and the planned addition of a new food court where the Eighth Pole bar and SuperBook Deli now stand. In the meantime, Super Bowl 50 is just around the corner. Get ready to place your bets!