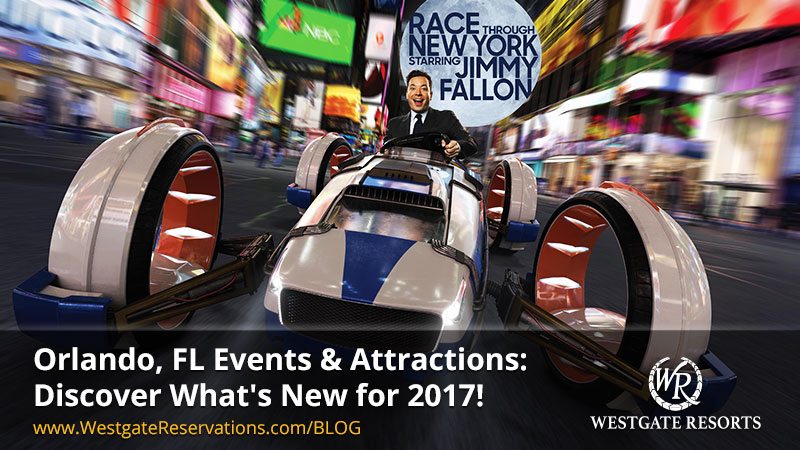 2017 is already turning out to be a huge year for theme parks in Orlando, FL! First, we are seeing new events and festivals being created, such as Epcot’s International Festival of the Arts. Second, yearly events like Universal Orlando’s Mardi Gras, are including amazing singers like Ne-yo and Fifth Harmony. And to top it all off, we are going to have lots of new attractions to try in both Universal Orlando & Walt Disney World.

So let’s get started with all the new attractions that are opening during Winter/Spring 2017:

In this new incredible section of Animal Kingdom, guests will be able to take two expeditions, the AVATAR Flight of Passage and Na’vi River Journey. The first one you will fly in a winged banshee all through Pandora while in the Na’Vi River Journey you will go on an adventure through the bioluminescent rainforest.

This new Universal Studios ride will take you on another trip during your vacation. So you will be vacationing in Florida but also in New York! In this thrilling new ride, Jimmy Fallon will take you through some of the most popular and amazing New York City landmarks. It is called the Race Through New York, so expect this ride to be an adrenaline rushing adventure and probably a fan-favorite.

The most-anticipated new attraction in Orlando is actually a whole new theme park! Volcano Bay Water Park will take you to an island with a 200-foot high volcano, the Krakatau™. On top of that, be ready for some incredible water rides like the Krakatau™ Aqua Coaster, Ko’okiri Body Plunge™, Kala & Tai Nui Serpentine Body Slides™, and Punga Racers™.

As you’ve probably heard plenty of times, Florida has the best weather. Well, it is true! During Winter and Spring, there’s barely any rain and the humidity is low. You wake up with the temperature near 60 degrees but it quickly rises into the delightful 70 and low 80 degree range. We also like that fact that the parks continue to have plenty to do but with less waiting in line. Theme Parks in Disney World have gorgeous events that provide both art and incredible gourmet dishes while Universal Studios offers so many amazing musical artists as part of the annual Mardi Gras celebration. Let’s also not forget about the kid-friendly and fun LegoLand and SeaWorld Orlando, both offering one-of-a-kind experiences and adventures.

Check out some events that will happening this Winter/ Spring 2017 in the Orlando Theme Parks:

INFOGRAPHIC: 2017 Orlando Events – Designed by the team at Westgate Reservations