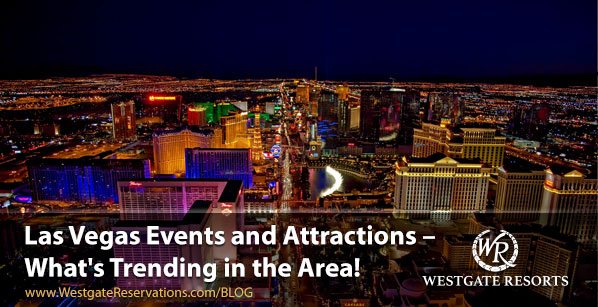 When it comes to concerts, events, and shows, no other city in the world can compete with Las Vegas, Nevada. This resort city has gained international popularity for its 24-hour casinos, colorful nightlife and massive hotels with breathtaking displays.

As with previous years, Las Vegas is brimming with tons of shows and fun events for 2017 such as an all-star performance by 90s R&B sensations, the Backstreet Boys; the Las Vegas 51’s baseball game; the Poker World Series; and much more.

The iconic Planet Hollywood will also host live concerts featuring mega stars like Jennifer Lopez, Britney Spears, Lionel Richie, and several A-list singers all through this year. So what’s new in Las Vegas 2017? Below are some interesting events you might want to be a part of this year in the desert city of fun and endless entertainment.

Travel back in time and enjoy a show of this medieval-themed display called the Tournament of Kings. This adaptation of the tale of King Arthur includes arena-style entertainment such as sword fighting with a huge feast fit for a king and jousting. The live-action production is usually held at a 900-capacity theater in the round area, regaling the audience in tale of treachery and valour. While the show goes on, guests are treated to a feast of a delicious three-course meal which they are to eat with their hands (as it was done in the ancient times). If you have a knack for the historical, find your way to the Tournament of Kings for a firsthand view of epic portrayals of past centuries in the name of country, honor, and of course, good food.

This tour is a food tasting event that will take place either at the Palazzo/Venetian or Mandalay Bay. You will get to visit about 4 or 5 restaurants on each tour, and taste 2 to 4 different kinds of food (including entrees, appetizers, desserts, etc.) and also enjoy cocktails on every stop. The tour which lasts for up to three and a half hours in the afternoon is all inclusive. The tours are usually available on Friday and Saturday at The Palazzo/Venetian, and on Monday and Thursday at Mandalay Bay.

Women visiting Las Vegas can rejoice at the delicious men that will be taking the stage this month at The Hard Rock Casino. There are already plenty of shows featuring beautiful, scantily clad women on stage, but we women could definitely use more shows featuring sexy men that dance! Hard Rock has created a space just for this new show, called Club Domina with 450 seats. Actor Channing Tatum is bringing his autobiographical movie onto the main stage and was deeply involved in the process of developing the live show. Who knows, he might even surprise the audience by jumping on stage for a cameo!

This event which is organized to showcase women’s films and the filmmakers will hold at Springs Preserve for the second year running. Aside from showcasing films from Nevada, other reels with an international look are also featured. The 156-seater Springs Preserve theater will play host to guests from around the world as the organizers attempt to bring the necessary exposure to these filmmakers and their works. Discussions on various topics will also be held during this annual festival.

If you are a sucker for country music, you should by all means be at this event for a chance to see your favorite country artistes and even watch a live performance too. This prestigious event which will be aired live from the T-Mobile Arena in Las Vegas will take place on April 2, so save the date. Tickets are already on sale and the show begins at 5:00 pm. No true fan of country music should miss out on this event. 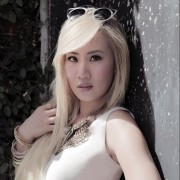 Kaila Yu is a top blogger based in Los Angeles. She also writes for self named blog Kaila Yu and was the former lead singer of an all-girl rock band! Many of the stamps that she earned on her passports were earned while touring the band. She has a combined social media following of 580,000 and growing and has been regularly featured in print and media publications around the world: including The Rolling Stone, FHM, MTV, Buzzfeed, The Huffington Post and more. She is not at all afraid to speak her opinion whether it be a popular one or not