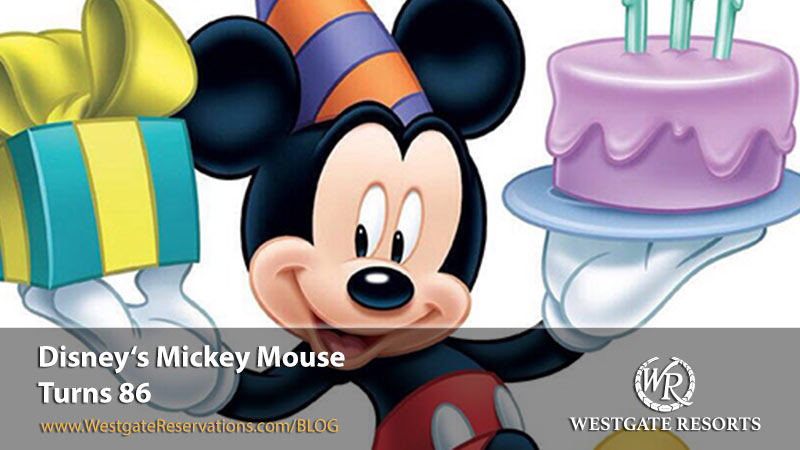 Mickey Mouse made his official debut on Nov. 18, 1928 with the release of the classic Disney animated short film, “Steamboat Willie.” From that inauspicious debut in an 8-monute long film, Mickey has come a long way – now the iconic leader of the massive Disney brand and one of the most well-known animated characters worldwide.

Mickey’s popularity was evident early on and he went on to become the first animated character to have a star on the Hollywood Walk of Fame – an honor officially awarded on Nov. 18, 1978.

Today, Mickey continues to provide families eager to create magical Disney memories, appearing in character meet & greets, parades and shows throughout the Disney parks. No Disney trip is complete without a set of Mickey ears!